Welcome to the IDT family!

Your product is now available from Integrated DNA Technologies.

Many of the Swift products you have grown to love are now part of our new complete portfolio, xGen™ NGS. Through this new partnership we are pleased to offer you comprehensive next generation sequencing solutions.

Unsure of what products are available? Or, perhaps you’d like guidance on which products are compatible? If so, try our xGen NGS Solutions Builder Tool today.

Protocols for CRISPR genome editing in your model system

Looking for CRISPR genome editing protocols? Read about our growing library of protocols and user methods—we may have what you need to get started. And, if you have a novel protocol for using Alt-R CRISPR guide RNA and/or nucleases, find out how to share it with the research community.

Research into applications using CRISPR-Cas systems for genome editing is expanding quickly. This presents a need for effective reagents and protocols for a wide variety of model systems beyond mammalian cultured cells.

If you are interested in knock-in experiments or other applications requiring homology-directed repair (HDR), consider using an Alt-R Cas9 nickase to create single-strand breaks. Use of a nickase variant with a pair of guide RNAs reduces off-target effects by requiring specific binding of 2 ribonucleoproteins (RNPs). However, you will need 2 potent CRISPR target sites at an appropriate distance from your HDR target site. 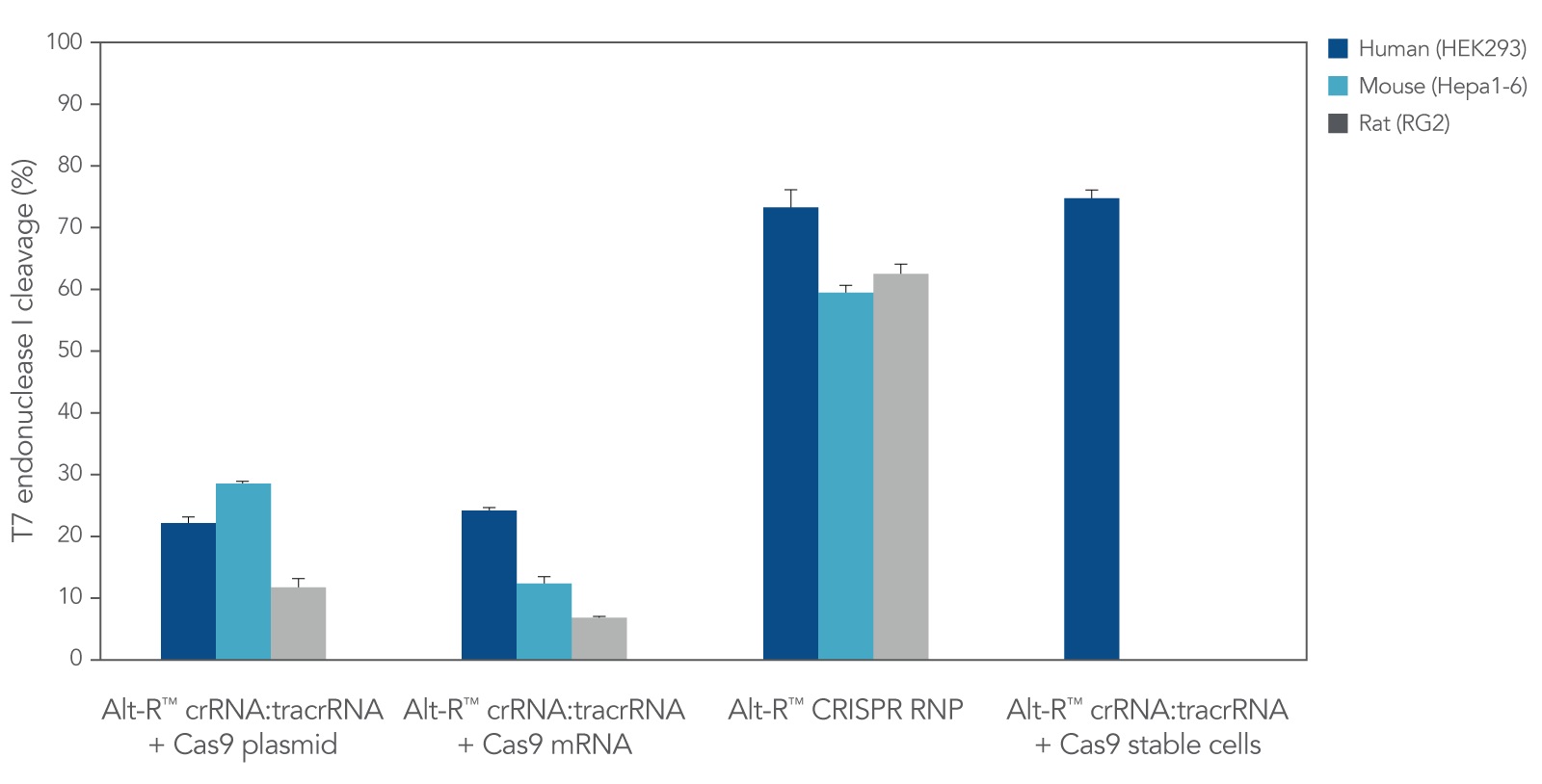 IDT scientists have developed detailed lipofection and electroporation protocols for using the Alt-R CRISPR-Cas9 System and the Alt-R CRISPR-Cas12a System in mammalian cells (Table 1). With help from our collaborators, we also make user-submitted methods available for genome editing in other model systems. These protocols and methods are a good starting point for protocol optimization for your studies, and often offer tips for all aspects of genome editing experiments, from growth conditions through genome editing detection.

We are always interested in learning about successful editing in different model systems and would like to serve as your resource for information about genome editing applications.

If you have a novel protocol for using Alt-R CRISPR RNA and/or nucleases that you would like to share with the research community, email us at CRISPR@idtdna.com to start the discussion.


For research use only. Not for use in diagnostic procedures. Unless otherwise agreed to in writing, IDT does not intend these products to be used in clinical applications and does not warrant their fitness or suitability for any clinical diagnostic use. Purchaser is solely responsible for all decisions regarding the use of these products and any associated regulatory or legal obligations. Doc ID: RUO22-1429_001